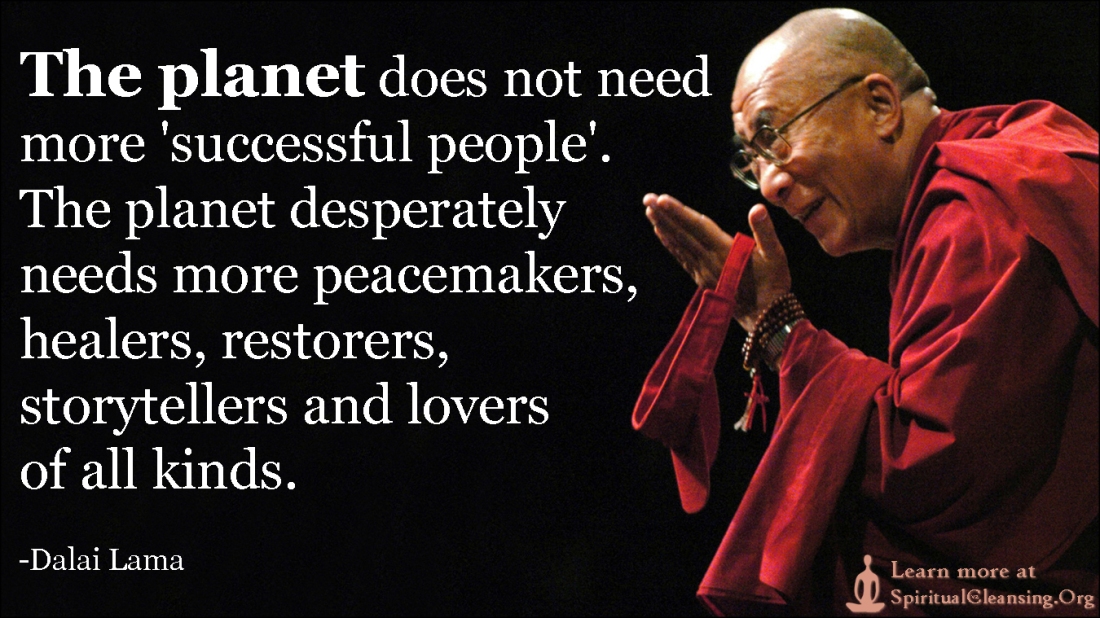 The picture above, and others like it, pop up on my social media every once and a while, and, although there is truth to it, it often leaves me scratching my head.

The people posting it are always well-to-do westerners who engage in the typical middle class life of working Monday to Friday, weekends of entertainment, and evenings of Games of Thrones watching. Also, these folks aren’t religious. They’re not atheist either. Rather, they are multiculturalists — which means all truth, cultures, and religions are equally valid. (A backdoor way of saying that nothing is valid.)

The Dalai Lama’s quote is very kind and inoffensive. Who would be against it? Only a hateful bigot. But… What does it mean? I always want to ask the person posting the quote a series of questions, which I know I’ll never get the answers to as it would cause too much uncomfortable thinking for them. So, I’ll just ask the questions here on my blog which no one reads just so that I can feel better and get on with my day.

To the person who posted the image….

Jesus said some nice things about peace and love too. So, if you would have posted the quote, “Greater love has no one than this: that he lay his life down for his friends,” and put a picture of Jesus beside it, I would assume that you were a Christian. So, can I assume that you are a Tibetan Buddhist?

Because, if you’re not a Tibetan Buddhist, we have a problem. The terms: ‘successful people,’ peacemakers, healers, restorers, storytellers, and lovers will only make sense in the context (for this particular quote) of who the Dalai Lama is. Love, for example, does not exist in a vacuum — there is always a subject and an object. If Jesus is the subject, then you can be sure that gay marriage is not the object. However, if the Dalai Lama is the subject, then gay marriage may very well be the object. So, are you a Tibetan Buddhist, a Christian, an Atheist? If you’re an atheist, the subject/object of love will change with each individual. But I already know that you’re a multiculturalist, so I can safely assume that the object of your love is anything that makes you feel warm and fuzzy — so we’ll just proceed from there.

Peacemaker — peace between who and who and who? Muslims and Jews? Muslims and Christians? North Koreans and South Koreans? Which group is going to abandon everything it believes in in order to conform to the other? As a multiculturalist, the answer to that question is: “Everyone will abandon what they believe and conform to multiculturalism.” Because, as a multiculturalist, that’s what your definition of peace is: if everyone would just admit that their beliefs are meaningless, and become multiculturalists, then we could all get along! Because, you believe that multiculturalism is the one and only truth, and since all truths are equally valid … wait … hold on … we’ve got a problem here. Jesus is called the Prince of Peace, because He reconciles humanity with God. But, we still must all conform to God — you know, the one who created us and owns us. That’s the only definition of peace that matters. (And it’s a good thing by the way.)

As for healing, I think the Dalai Lama is referring to more than just physical healing, he also means spiritual healing. So which religion will provide that spiritual healing? Is Nirvana the answer? Being born again with the Holy Spirit? Rational Atheism? Blowing yourself up and waking in paradise to find five hundred virgins at your disposal? Five hundred beautiful virgins! There’s a lot of men who’d like that one. Do we get to choose? We must if they’re all equally valid right?

Restorers. Restoring what? Storytellers. What stories?

As for multiculturalism, I’ll just leave it to the great Mark Steyn to explain what it really means…