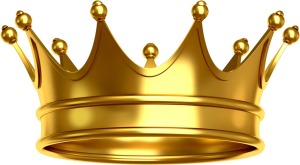 A question often asked about the Adam and Eve story is: Why did they fall? And why so quickly? If all was perfect and wonderful, why did they fall at all?

The answer usually given revolves around free will. God wanted them to truly love Him, and they couldn’t do that without free will. Okay, fine, they did have free will. But that doesn’t answer the question of why they chose to fall.

For example, take two men: one is an alcoholic who hasn’t had a drink in three days; the other has only tasted alcohol once and it nearly made him puke – he hates it. Lock both men in a room containing only a full bottle of whiskey. Both men have free will – they can both choose to drink or not to drink, but we all know which man will drink. One man is predisposed to drink while the other is not. The force predisposing the man to drink is stronger than his free will. That doesn’t mean he can’t choose not to drink; it just means he probably will choose to drink. That’s an imperfect example of course, but it helps us to understand why Adam and Eve chose to disobey God and eat of the Tree of the Knowledge of Good and Evil.

“And Solomon said: ‘You have shown great mercy to Your servant David my father, because he walked before You in truth, in righteousness, and in uprightness of heart with You; You have continued this great kindness for him, and You have given him a son to sit on his throne, as it is this day. Now, O Lord my God, You have made Your servant king instead of my father David, but I am a little child; I do not know how to go out or come in. And Your servant is in the midst of Your people whom You have chosen, a great people, too numerous to be numbered or counted. Therefore give to Your servant an understanding heart to judge Your people, that I may discern between good and evil. For who is able to judge this great people of Yours?'”

Also read 2 Samuel 14:17; Deuteronomy 1:39; Hebrews 5:12-14. All these passages show us that a knowledge of good and evil (the ability to discern and judge between good and evil) is a sign of maturity and kingly rule.

Just as the alcoholic is predisposed to choose to drink, Adam and Eve were predisposed to choose to rule. It was not a bad thing for them to want to do this, God created them that way (Genesis 1:26). But, to rule requires wisdom – an ability to discern good from evil. Adam and Eve, at the beginning, were like little children and not ready to to rule fully (Deut. 1:39). God did start them on the path of rule in the confines of the garden, but they had to mature to a point where they could rule outside of the garden.

Enter the serpent. Who was this serpent? I believe it was simply Satan in his naturally created form. Not all angels look alike, it would seem, and not all angels resemble men. The Cherubim and Seraphim are mighty dragon-like angels (Seraphim means “fiery serpent” in Hebrew). Satan himself is called a dragon in the book of Revelation. And why was the serpent there? Well perhaps the serpent, not yet fallen himself, was sent to Adam and Eve to be a tutor, a teacher, to show them how to rule. This would mean that Adam, Eve, and Satan all fell into sin at the same time. There’s no biblical reason to believe that Satan and the angels existed for millions of years before the creation (if there was such a thing as “years” before the creation), and that at some point in that “before-time” Satan fell.

God told Adam and Eve to increase and multiply and to fill the whole earth. Perhaps they needed a tutor who was a crafty beast from the field/wilderness (outside of the garden) to teach them what the rest of the world was like. We don’t know how long the serpent spoke to Eve, but at some point in the conversation, I believe, Satan realized what God had planned for mankind (to rule) and he became jealous.

The serpent understood that to cause Adam and Eve to fall he would need to tempt them to enter into their rule prematurely. The Tree of Knowledge was off limits to Adam and Eve, but not permanently. They would, over time, mature into the ability to eat of it. But the serpent knew that they were predisposed to rule and that that force could be used to overcome their free will to simply obey God. And he was right.

Jesus was also tempted by Satan (Matthew 4:1-11) – and in the same way as Adam and Eve, although no longer in the safety of the garden but in the wilderness itself.

Jesus came to rule (Isaiah 9:6-7), and Satan offered Him a short cut. Jesus truly was tempted to give in to Satan. He desired what Satan was offering. Jesus was, too, predisposed to rule. But, being the first mature man, He did not give in and chose to obey God first. Jesus, being the second Adam (1 Corinthians 15:45-49), obeyed God and made the way for all of us to be restored to our true purpose: to rule.

One thought on “Predisposed to Rule”