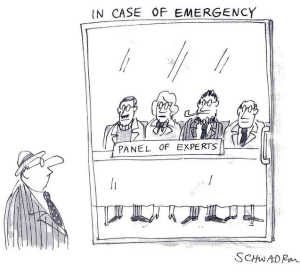 If I am trying to sell you one of two cameras which, although different brands, are exactly the same in quality and functionality, and I tell you that professional photographers prefer camera A over camera B, there’s a good chance you will then purchase camera A. And what I said about professionals preferring camera A doesn’t even have to be true, because you’ve already switched off the part of your brain in charge of critical-research thinking. 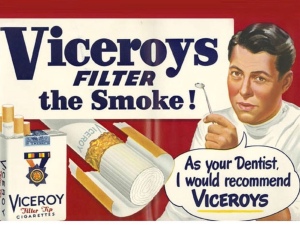 It’s difficult for us to make decisions, especially when we are ignorant on the subjects of choice. What do you know about cameras? How much research are you going to have to do in order to make an informed decision? How much time do you have for that? So isn’t it nice when someone has done all the research for you and can simply tell you which option is better? Those people are the experts. Experts range in occupation from Technicians to Pastors.

And it’s great when you can trust the experts; when they’re not BS’rs. But you have to be careful when the expert, or the person in authority, may be using your ignorance and trust as a way to manipulate you.

How can you know?

Recommended reading: Influence: The Psychology of Persuasion by Robert B. Cialdini

How the Bible Actually Works: In Which I Explain How An Ancient, Ambiguous, and Diverse Book Leads Us to Wisdom Rather Than Answers—and Why That’s Great News by Peter Enns

For every mile of highway there are two miles of ditch. With biblical theology the right side ditch is to treat the bible as though it fell out of the sky last week. The left side ditch is to believe that because the bible is so old and written in such a different culture, we can not know what it truly says. Peter Enns, driving a bus full of evangelical straw men, veers dangerously close to the left side ditch, if he hasn’t gone down already. The sludge at the bottom of the left ditch is a mixture of postmodern philosophy and liberal progressivism. Enns calls it wisdom.

Peter Enns makes too much of the fact that the bible is ancient and written in different cultures. I agree that we must always take that into account when studying the bible and searching for the true meaning of the text. I too get frustrated when Christians act as though a passage was written by some western author only a few years ago. We always must ask what the original intention of the author of the text was and then apply the principle of the text to our lives today. Enns goes too far though. He writes as though we could never understand those ancient authors. We are just too different now. We think entirely different from them.

I disagree. Consider this text…

Imagine what a variety of noises reverberates about my ears! I have lodgings right over a bathing establishment. So picture to yourself the assortment of sounds, which are strong enough to make me hate my very powers of hearing! When your strenuous gentleman, for example, is exercising himself by flourishing leaden weights; when he is working hard, or else pretends to be working hard, I can hear him grunt; and whenever he releases his imprisoned breath, I can hear him panting in wheezy and high-pitched tones. Or perhaps I notice some lazy fellow, content with a cheap rubdown, and hear the crack of the pummelling hand on his shoulder, varying in sound according as the hand is laid on flat or hollow. Then, perhaps, a professional comes along, shouting out the score; that is the finishing touch.

When do you think the above text was written? Is it difficult to understand? Is it too culturally odd for you to know what is being spoken of? Is it written by someone who is so different from the modern man that he might as well be from another planet? No, I don’t think so. This text was written almost 2000 years ago in Rome by a man named Seneca. This text could easily appear in a 19th century British novel and not look out of place at all. I realize that the original was written in Latin, but that does not change the fact that a man living 2000 years ago is more like a man living today than he is different.

In regards to culture, I have visited many countries and ten years ago I moved from the west to East Asia. Very different cultures. But one thing I’ve seen over and over again wherever I go is that we humans are the same — same dreams, same desires, same fears, same hopes.

Enns pushes strongly in this book that our idea of God changes with the times. Why did the early Christians change so much the beliefs of Judaism, out of which Christianity arose? To fit with the times. Why should our views on homosexual behaviour and gender be different from what is written in the New testament? To fit with the times. Enns holds to this way of thinking so strongly that it steers him to faulty conclusions. Did things change radically from Judaism to Christianity? Yes! Because of what Jesus accomplished. Not, as Enns writes, because the times were a-changing and a new belief system was necessary.

Enns writes some interesting things about the resurrection in this book which is similar to what N.T. Wright would say. I do appreciate the way Peter Enns asks difficult questions and I do believe he genuinely wants to know the truth of God and the bible.

Sinners in the Hands of a Loving God (Book Review)

In the Fullness of Time

View all my reviews

Insofar as I may be heard by anything, which may or may not care what I say, I ask, if it matters, that you be forgiven for anything you may have done or failed to do which requires forgiveness. Conversely, if not forgiveness but something else may be required to ensure any possible benefit for which you may be eligible after the destruction of your body, I ask that this, whatever it may be, be granted or withheld, as the case may be, in such a manner as to insure your receiving said benefit. I ask this in my capacity as your elected intermediary between yourself and that which may not be yourself, but which may have an interest in the matter of your receiving as much as it is possible for you to receive of this thing, and which may in some way be influenced by this ceremony. Amen.

~Roger Zelazny, from his novel Creatures of Light and Darkness

“The disappearance of war threatens us with the loss of the ability to distinguish between play and seriousness. Let us admit openly: war is the prime example of deadly earnestness. Any action in which I am prepared to risk my life resembles war. Even love sinks to the level of a game when there is no risk of life involved.”

~from Planetary Service: A Way Into the Third Millennium, page 5 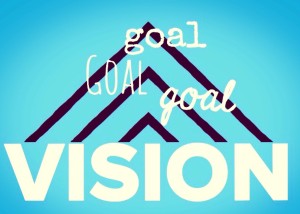 I recently finished reading How to Fail at Almost Everything and Still Win Big by Scott Adams. In it, Adams makes a good suggestion which goes something like this: Don’t set goals in your life, rather, build systems.* And that got me thinking about the difference between Visionary leaders and Masters — Visionaries set goals, Masters build systems.

Visionary led movements which never transition to Master led movements usually die with the Visionary. I grew up in the Christian Reformed Church (CRC). The CRC was founded in 1857 and has roots going back to the Reformation. I don’t doubt that the CRC will still exist 100 years from now. I also know of Christian church movements which are only 40 years old. These movements are Visionary led and I don’t see them lasting another 40 years. Once the Visionary dies, the fuel feeding the movement burns out.

So I agree with Scott Adams, but I will change the wording: Don’t rely on vision, rather, build systems. Systems will outlive the Visionary. You can start with a Visionary, but don’t die with the Visionary.

A system does not mean a bureaucracy. It’s true that can happen, but a Master won’t allow it. A Master creates a system in which everyone can operate freely and not be bogged down by unnecessary rules. Systems are not void of progress; they create an environment in which progress is normal. For example, a friend of mine is trying to lose weight. In the past he would always set a goal of how many pounds he would like to lose. He would reach that goal, but never sustain the new weight. Now, he has abandoned the goal setting and is creating a system instead. The system is not pushing toward a specific weight but rather is creating a lifestyle in which a healthy weight becomes normal.

Christian Visionaries love to quote this Bible verse: Where there is no vision, the people perish… See how important vision is? It’s in the Bible! But, it’s funny because they don’t quote the whole verse. In fact, they don’t even quote the full sentence. The whole verse is this: Where there is no vision, the people perish: but he that keepeth the law, happy is he. (Proverbs 29:18 KJV) The word vision in the passage is the Hebrew word châzôn, which refers to a prophetic vision. The prophetic vision here is not some scheme conjured up by a leader, but rather it is a divine revelation from God instructing us how to live our lives. What is that divine revelation according to this verse? It is the law. And what is the law? It is a system.

A system sustains life and is superior to anyone’s vision. A system is intergenerational whereas a vision is only held passionately by the originator, and maybe by his immediate successor… maybe.

Forget the vision. Be a Master and build systems.

* “A goal is a specific objective that you either achieve or don’t sometime in the future. A system is something you do on a regular basis that increases your odds of happiness in the long run. If you do something every day, its a system. If you’re waiting to achieve it someday in the future, it’s a goal. If you achieve your goal, you celebrate and feel terrific, but only until you realize you just lost the thing that gave you purpose and direction. Your options are to feel empty and useless, perhaps enjoying the spoils of your success until they bore you, or set new goals and reenter the cycle of permanent presuccess failure. All I’m suggesting is that thinking of goals and systems as very different concepts has power. Goal-oriented people exist in a state of continuous presuccess failure at best, and permanent failure at worst if things never work out. Systems people succeed every time they apply their systems, in the sense that they did what they intended to do. The goals people are fighting the feeling of discouragement at each turn. The systems people are feeling good everytime they apply their system. That’s a big difference in terms of maintaining your personal energy in the right direction.” ~Scott Adams (from the book)