A visionary leader focuses much on vision, mission, and passion. He wants to be an inspiration to his potential followers. He is big on teams and for the members of those teams to buy in heavily to his vision. For this reason he creates as many opportunities as he can to impart his vision to the team members. Team members are encouraged to lead themselves, and change themselves as needed to be effective team members. Those team members who do not sufficiently buy in to the vision become pariahs.

As so much depends on the visionary leader’s public image for his success, those followers who are best at making him look good will be the followers most celebrated and promoted. 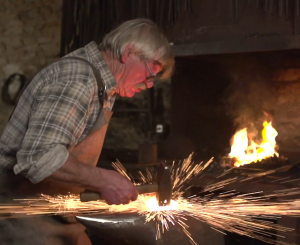 A master, however, does not concern himself too much with vision, or at least not in the same way as the visionary leader. He is on a mission, and he is passionate, but in order for him to lead, he doesn’t require his followers to focus so much on who he is or why he’s there. A master knows what needs to be done, he knows how to get it done, and he has access to all the resources needed to get it done. He knows all the problems his followers will face before they themselves ever encounter those problems, and he is there to provide teaching and guidance.

I suppose a good leader will have both a visionary side to him and a master side. But, from my experience, most leaders lean heavily towards one, depending on what field they’re working in. Visionary leaders tend to be found in the business world, or in Christian growth movements, whereas masters are found mainly in the trades. But there is no reason the master has to stay there.

Personally, I prefer to follow a master, and am trying to become one myself.

Platitudes Are Contagious: ‘Company Culture,’ Management Maxims, And Other Bullshit