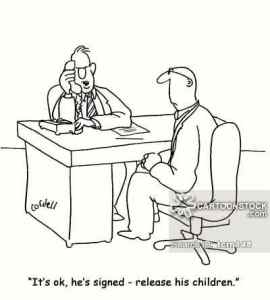 “Here beyond men’s judgments all covenants were brittle.”

“In a sale the two partners to the contract think of their own advantage. The whole content of a real marriage might be summed up in the statement that the two who are partners are each expected to care more for the other partner’s happiness than their own! No marriage could survive twenty-four hours if the couple should apply the rule of the law of contracts to their common life. While in business everybody minds his own business, in any dual [relationship] one partner minds the other partner’s business. A wife shall care for her man’s health more than for her own, and her husband shall care more for her comfort than for his own. To judge a marriage on the basis of the law of contract is an aberration from logical thinking.

“There is another side to the question. The duties derived from a contract are fixed in the beginning. The duties in any true [covenant] partnership are in permanent flux; they are the result not of the words spoken at the beginning but of the acts of the partners to the relationship while it lasts. These actions have a polarizing effect upon the two. The more you become my friend, the more I shall become yours. The mutual dependance is graded, and in the normal evolution of dual relations the two individuals are more and more encircled and transformed into the foci of one eclipse. Consequently, the action of each partner is shaping the form of the dual [relationship]. The polarity is established more definitely each time.

“Finally, the two are agents of a corporate body for which they stand, for from it they derive their activities. This becomes very clear in cases of absence or death of one partner. Then not only does one try to represent the other but also the general reaction of the partner who is left behind is that of stressing the point of view, the line of action, and the interest of the partner who has passed away. In a contract, however, I am free when the other party ceases to exist. It is a pluralistic or individualistic arrangement. Under the dual [arrangement] I am spell bound by the law of polarization. I remain the other half the more my second self is in decline or is prevented from taking his place.

“So we can say that a contract by which one party surrenders to the other would be void. Contracts are and must remain temporary arrangements for the individual forms of our existence, fleeting conglomerations for work and against nature outside. But in matrimony a wife surrenders her beauty and health to her husband for better, for worse. And the man surrenders his adventures, his infinite chances. How can such a perilous exposure of the whole being be treated as the result of a willful arrangement between two individuals? In a contract I try to get as much as possible, and to remain as unchanged as possible. In any partnership [covenant] I throw in my lot today without knowing where I shall be tomorrow.”

To stay loyal in a covenant is entirely up to me. I commit myself to my partner even if he/she cannot fulfill his/her duties.

Not all covenants are created equal. Not all relationships must be covenants. That isn’t even realistic. Sometimes a contract makes more sense. Don’t enter into a contract and then hold the other party to the conditions of a covenant. If you’re expected to fulfill certain duties in exchange for the resources of the other party, don’t get angry when, as you neglect your duties, you don’t receive their resources. Don’t enter into a covenant and treat it as a contract. If your wife breaks her leg and can’t cook for six weeks, that doesn’t mean you don’t have to fulfill your husbandly duties for those weeks.

Enter a contract when…

Enter a covenant when…

Obviously, contracts and covenants are quite different, and you don’t want to enter into one when you should be entering into the other. Know what you want first and choose wisely.

In Relationship ~ Part One