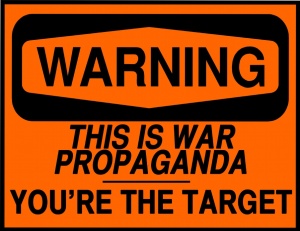 “Modern propaganda is a consistent, enduring effort to create or shape events to influence the relations of the public to an enterprise, idea or group”
~Edward Bernays

I recently finished reading Propaganda by Edward Bernays. It’s a short book written in the late 1920s describing the methods used by anyone who wishes to push their ideas and agenda onto a large group of people. The methods described in the book are still in use today.

Propaganda is a neutral term; it is neither good nor evil in and of itself. It can be used for good and used for evil, but mostly it is a vessel used to push an idea.

If I were a newsman who recently read a report done by some major university on the annual financial earnings of men and women and wanted to do a story on it, I could choose a couple of different ways to present the report. If I have no agenda but to present the report to the public for their own scrutiny, my headline would look something like: New Report on the Financial Income of Men and Women Released by U of T. However, if I’m a feminist, and do have a strong agenda, and I see in the report that men, due to more frequently working full time, putting in more overtime, and taking jobs in higher paying fields, are earning more money on an annual basis than women, I can use that information to push my agenda, and my headline would look more like this: Women Only Make Seventy Cents for Every Dollar a Man Makes New Study Shows. And that headline would be propaganda. It’s not an outright lie; it’s just that I am presenting the information to the reader so as to sway his or her opinion toward my agenda (which, for the feminist, is to convince the public that women are oppressed by men). 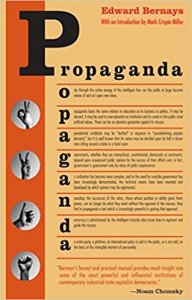 So, even though propaganda is neutral (and should not be mistaken with opinion writing), I would argue that it will most often lean towards dishonesty as the presenter of the propaganda is most likely not being sincere in his or her propagation of the information, even when the cause behind the propaganda is a good one.